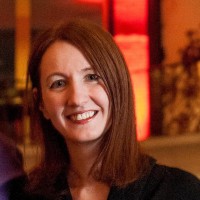 Dr. Wilhelm is recognized as a leading researcher in obsessive-compulsive disorder (OCD), body dysmorphic disorder (BDD), and tic disorders, and has published over 215 articles and reviews on cognitive functioning, prevalence and treatment outcomes of these disorders. She has also given more than 200 invited lectures and presentations on these subjects. Dr. Wilhelm has published seven books on OCD, BDD and tic disorders.
Dr. Wilhelm is the Vice Chair of the Scientific Advisory Board of the International OCD Foundation, and she serves on the Scientific Council for the Anxiety and Depression Association of America as well as on the Tourette Syndrome Association Behavioral Science Consortium.

Dr. Wilhelm is currently President for the Association for Behavioral and Cognitive Therapies (ABCT). Dr. Wilhelm was an Associate Editor for the journals Depression and Anxiety and Behavior Therapy. She currently serves on eight editorial boards. In 2002, she was awarded the Claflin Distinguished Scholar in Medicine Award. She was named a Beck Institute Scholar in 2003, and was also the Scientific Program Chair of the World Congress of Behavioral and Cognitive Therapies held in Boston in June 2010.